July 2017: Congratulations to Pranav Arcot of Aberdeen who is the winner of the Robert Rough Cup for 2016-2017 season. The prize goes to the junior who overcomes the biggest adverse grading gap during the season. Pranav defeated a player 968 points higher than his own published grade. (Pranav is pictured with GM Keti Arakhamia and CS president Jim Webster). 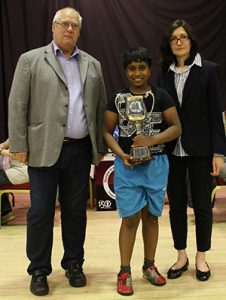 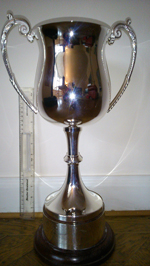