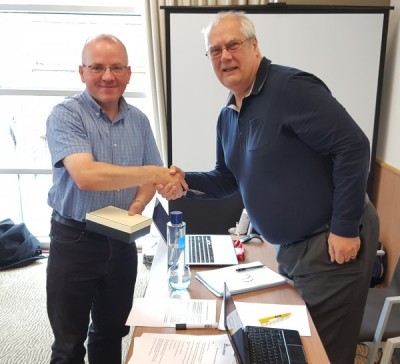 At the AGM today. President Jim Webster awarded the Presidents Award to IM Douglas Bryson for his outstanding service to Chess Scotland over many years.