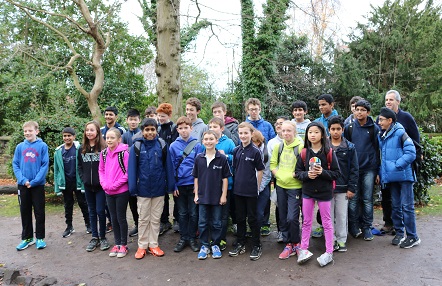 We arrived in Liverpool on Friday night, and after settling into rooms we were able to all have dinner together. This gave players the chance to get to know each other. There were a lot of familiar faces along with several new ones.
Saturday morning after a short bus journey we arrived at the venue. Richard Jennings our coach for the event was able to give some brief coaching and the squad settled into practice games before the first-round match against Wales.
Saturday afternoon proved challenging, especially for our u12 players and we lost both u16 and u12 matches.
Despite the disappointment on Saturday, the team recovered well and the final match against North England proved to be a better performance with the teams winning in all 3 sections.
As always, our more experienced players were quick to offer support and encouragement to the new team members.
Parents were also very supportive and encouraging to all the teams. Parents also kept the squad well fed, making sandwiches and providing snacks to all between rounds

This was the first time this squad had played together and I am very encouraged with their performance. The organiser for Irish Chess Union commented to me on how good it was to see more depth developing across the boards in the Scotland teams it is good to have such positive feedback from other nations. This is something we will be continuing to work on

Big thank you to all involved in making the weekend a success- parents, chaperones, coaches and of course the players.