SUNDAY
All 19* Players, plus several parents, coaches and the organiser travelled out at various times on the Sunday. By 7pm all had arrived and checked in.

After the opening ceremony, where the draw was confirmed, the team room was allocated and there was a short meeting before everyone headed to their rooms for the night. Team tops were distributed. Thanks go to Carolyn Bell for donating team tops, badges and bags to the squad.

*Our Gilbert squad were reduced to 2 players due the board 1 being declared too ill to travel on the Saturday morning* we are grateful to Ireland for securing a player to board fill from round 3 to 5 and Aoife Castell was a welcome addition to the team.

MONDAY
At 9am most of the team were present for the pre-match talk before the formal opening of the Glorney.

We were drawn against France in rd1 and were out-graded on all boards. This did not stop our players giving their best, and despite first round nerves there were a few good results.

The afternoon round saw us play against England, again we struggled against the stronger opposition but every player gave a good fight and we were rewarded again with some really good individual results.

After the round there was time for a game of football before dinner.

The second day saw us start with a battle against Wales, we were joined by Aoife on board 3 in the Gilbert for this round.

The Welsh team strength was nearer to us and the results were really good with a draw for Stokes, Robinson teams and a very good 4-1 win from the Glorney team.

The Gilbert team played well but with the 2 girls having to move up to boards 1 and 2, and us having a default board in every round it was always going to be a struggle to get points on the board

TUESDAY NIGHT- DELEGATION DINNER AND GROUP PHOTOS
After the play finished all trams headed to the gardens for the annual group photo. This was followed by a meal in the hotel for all.

The format for the meal was changed to encourage players to mingle more. The evening was a huge success and I think most made some good new friends from other nations.

WEDNESDAY
Day 3 play started earlier, this coupled with 2 days of long games meant our team, along with some others struggled a bit.

However, we were playing Ireland and did still manage to achieve some good results. Only one player had a really short game (Well done Marco) everyone else had long hard fought battles on every board.

After the final game the prizegiving followed, details of winners are available on the Glorney website
http://www.glorneycupchess.org/index.htm

With next year being confirmed as France (Paris) the event was formally closed and the annual blitz began.

As Scotland were one of the teams with players not leaving till later we were able to provide several players for this annual event and it too was a well fought event.

We finally departed at 5.30 for the journey home after a very enjoyable event.

SUMMARY
While we may not have secured many match points, I am extremely proud of the way our players committed themselves to their chess over the event, they studied and prepared well for every game and gave 100% at the board in every game.

I also need to thank the coaches, led by Richard Jennings, for their hard work. We were joined for part of the vent by Mark Sanger, who also made himself available to go over games, the players really enjoyed this opportunity.

I would like to thank the parents - those who travelled and those who didn’t, without all your support we would not be able to send teams to these events.

Finally the biggest thanks goes to the players themselves, they did Scotland proud with their professionalism, their positive attitude and their, (as always,) impeccable behaviour.

Unfortunately, we now have to say cheerio to one of our Glorney players- Euan Dawson, who has now turned 18. Thank you Euan for all the time and effort you have given to the Scotland squad over the years.

Everyone on the team wish you all the best for the future. 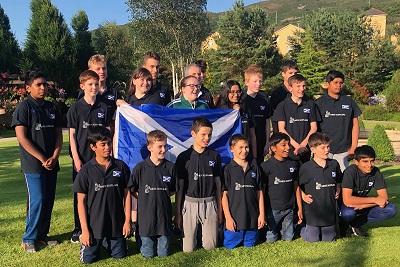 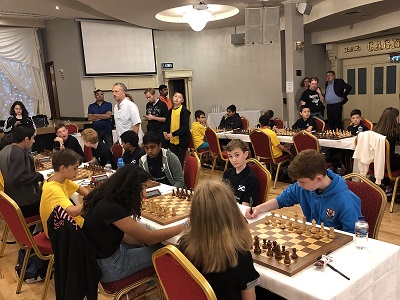 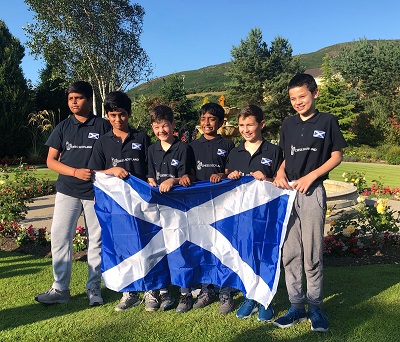 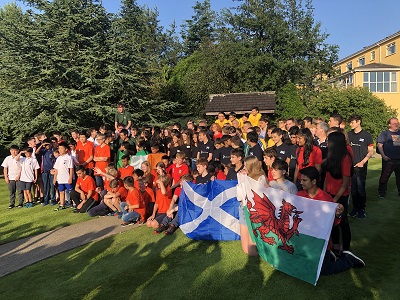