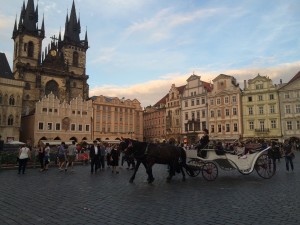 I visited the tournament yesterday and ended up spending 12 hours there! Hopefully Andrew Green is feeling better by now. I have been really impressed by the attitude of everyone: the players, Clement and Andrew as coaches and all the parents.

Enjoyable preparation with Siddarth and analysis of Declan, Ioannnis and Monica's games yesterday were really fun. They are all playing very well and in great spirits - although it's a very tough level to compete against - at last count there were about 100 juniors I spotted higher-rated than myself.

This event will prove, I'm sure, to be an excellent education and experience for our players and I wish them all the best for the remaining games.

Apologies for the lack of updates over the last couple of days, our head of delegation and coach Andrew was ill from the food so we had to change the usual preparation schedule. Thankfully he is feeling better now!

Rounds 5 and 7 were difficult for us, again we had many good positions but didn't quite manage to capitalise on them. I am sure it will be valuable experience though, it is the first international tournament for many of our players and they will come back to Scotland much improved. Watch out for them in upcoming congresses!

On the other hand round 6 saw our best points tally so far, with 5.5/11. However I think we have a decent chance of beating that today, as I write this we have 1.5/2 with Carolina getting her first win (in 13 moves!) and Ioannis getting a draw.

In round 4 we got another two wins and two draws. Unfortunately Declan and Ioannis were paired against each other, and although one side will always be disappointed in the event of a decisive result, I am happy that they didn't go for a short draw and instead played the game out. It will be beneficial to both of them in the long run.

Murad managed to get back to 50% with a comfortable win. Carolina played a good game and had a great position but let it slip with just one inaccurate move, before taking a draw in a complicated position short on time. I am impressed that she is taking the time to think carefully about her moves, she is only 6 years old! Tariq played a wild game in which the evaluation swung from side to side multiple times. With both players in time trouble, his opponent offered a draw just when it looked like he was crashing through. Tariq was grateful to accept the offer, even though in the incredibly fun post match analysis with about half the squad, we worked out that Black had one saving resource, after which White in turn would have to find his own saving resource, and it all ends in a draw anyway!

I'm writing this just as the players have started their round 5 games. FM Andy Burnett has come to visit the tournament and support our players, which is very much appreciated. They have been promised a break from the slightly repetitive food at the hotel, and we are all going out for pizza tonight. I think we have a good chance to score lots of points today going into the rest day tomorrow!

I arrived at the hotel just in time for the post game analysis of round 3. We were facing some very tough opposition again, and there are basically no easy games in this event. Crucially everyone managed to get off the mark, which should do wonders for confidence. Lennart got a great position out of the opening and eventually managed to wrap up the game. Tariq and Carolina both scored draws from clearly better positions which I am sure they would have converted normally, but can be tricky when you are yet to get a point on the board. The star of the day was Sarah, whose finish could have come straight out of a textbook.

Excellent game and quite rightly submitted for the best game prize.

The atmosphere is very upbeat, everyone is fighting very hard for every point and half point, so let's see what we can do!

Day 1: Spirits were high as we entered day one in our Universis Scotland shirts. With the draw only going up at 12, prep was rushed, but we managed. Round one is always difficult and this event was no different. The squad finished with 2 out of 11 but it could have been more. Carolina (seeded number three in her event) was a rook up only to blunder a mate in one during the fourth hour of play. It was a heart breaking loss considering she had rejected an earlier draw offer. I am sure we will see plenty of wins from this little star in the remaining rounds. Her big sister, Monica, crushed her opponent (who outrated her by 400 points) in 20 moves. Finally, Ioannis dismantled his 2200 rated opponent with a tactical flurry after a nervy start. To summarise, two large scalps and lots of hard fought games. Bring on day two!

The European Youth Chess Championships start tomorrow with the opening ceremony at the Top Hotel in Prague. Play starts on Thursday at 2pm UK time.

The coaches for the squad are FM Clement Sreeves and Andrew Green. We also expect Adult International Director FM Andrew Burnett to visit during the event and assist the squad.

As well as the Scottish players, coaches, parents and visitors in Prague over the next twelve days, IA Alex McFarlane and IA Lara Barnes will also be in attendance, officiating at the Championships.

The Scotland Squad is again sponsored by our long-term friend, Universis Technology Ltd, the brains behind Dinosaur Chess, supporting our young minds at this year’s Championships. 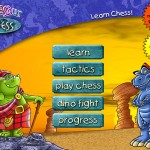